Yesterday, I wrote about General William Tecumseh Sherman's 1886 visit to Winnipeg.  In the related news stories, he commented to journalists how much the area had changed since his previous stay there.  I said that I could find no information about that event.  Thanks to information provided by a friend, I can correct that view.

Courtesy of the New York Times, three stories exist about the trip in July 1880.  The first, dated July 7, reports that the General was met by Premier Norguay (actually John Norquay), Major Alexander Logan (who met him on his subsequent visit), and Colonel Osborne Smith, commander of the local militia units.  Smith, according to Wikipedia, spent much of the Civil War guarding the border around Windsor, Canada West, opposite Detroit.  This time, he received Sherman, who at the time was Commanding General of the United States Army, with a full military parade.  "A procession was formed, with an escort of cavalry, and as it crossed the Red River, was greeted with a salute of 19 guns, on the Winnipeg bank of the River, by a field battery," the Times reported.  A parade of infantry met Sherman at Government House where a band played "the national anthem", but it does not say which country's. 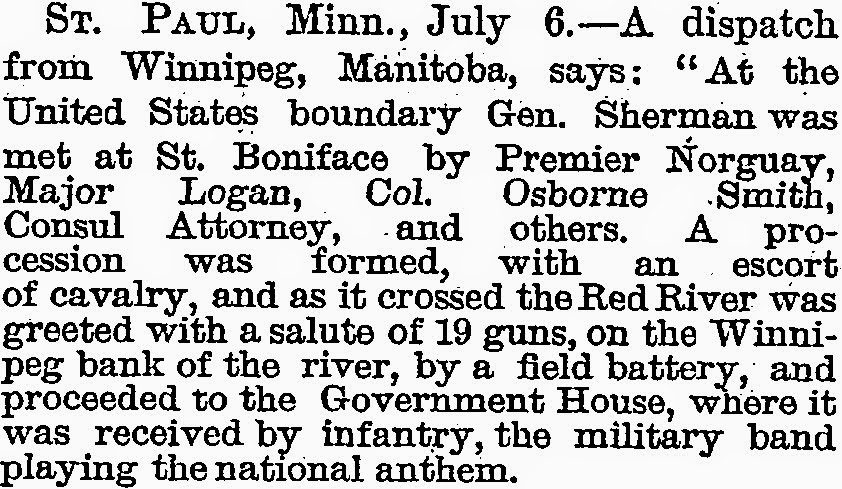 The second story is dated two days later, July 9, 1880.  It adds some more detail about the political reception extended to Sherman. Traveling via special train from St. Paul, Minnesota via St. Vincent (in the northwestern corner of the state), and Pembina in Dakota Terrtory, the general arrived in the afternoon of the 7th.  Greeters included Lieutenant Governor Joseph Édouard Cauchon and Madame Cauchon, the first Francophone to hold that office, Speaker Gilbert McMicken, Mayor Logan, some clergy and other prominent citizens.

The third story is dated three weeks later from a Minnesota newspaper.  It adds little new detail about the visit itself, but instead describes the conditions in this part of the North American continent.  The report states that Sherman spent three days in Winnipeg, which with a population of 12,000, was the capital of "a newly-developed region, the Province of Manitoba."  It goes on to describe the position of the Lieutenant Governor as being "as independent as the Governor of Missouri" in his relationship to the British home government.  Moreover, it reports that Sherman disclaimed any notion of annexation of the area to the United States, "that there is talk of annexation of the United States to Canada."  Perhaps assuaging the fears of the white population in Manitoba as in other parts of the North American west, the paper reported that local authorities had "the right to try and punish Indians for individual crimes, the same as the courts do." 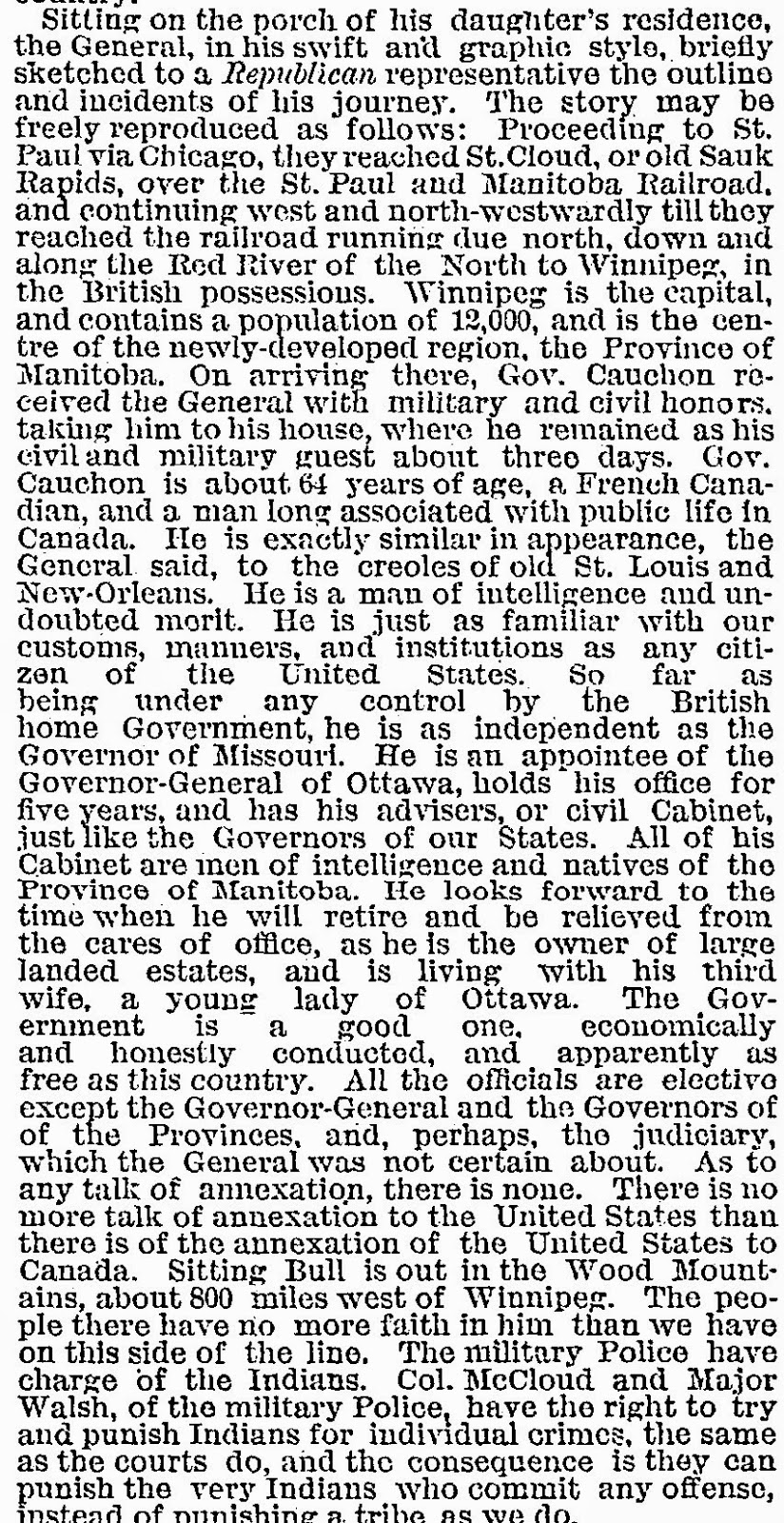 While limited in scope, these stories reveal that General Sherman received a warm welcome in Winnipeg, at least from the higher echelons of its society.