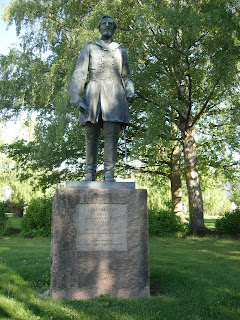 I recently returned from a two-week long trip to Norway, Sweden and Finland.  While in Scandinavia, I sought out a couple of Civil War-related monuments.  The first is of Colonel Hans Christian Heg of the 15th Wisconsin Infantry, also known as The Scandinavian Regiment due to its mostly Norwegian and Danish (but not Swedish) membership.  Heg was killed in action at Chickamauga.  In 1925, the residents of his hometown of Lierbyen in Brakar County, about 50 miles west of Oslo, erected this monument to him.  A similar statue is on the grounds of the Wisconsin State Legislature. 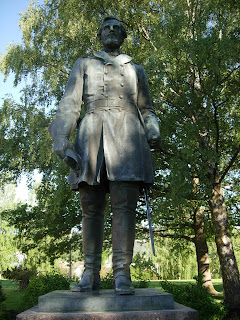 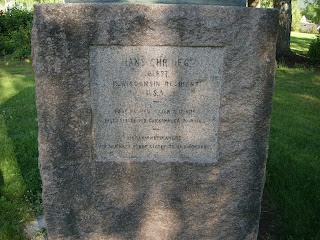 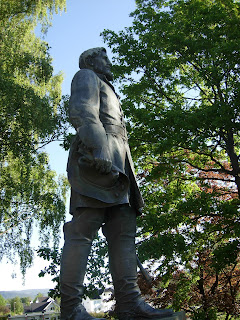 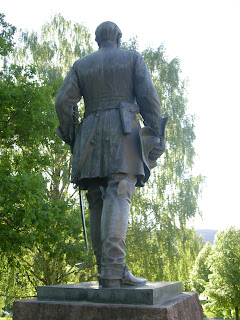 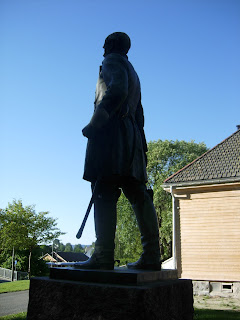 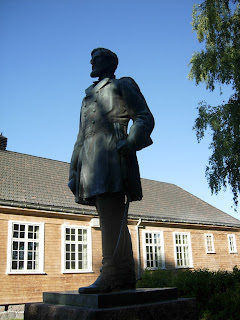 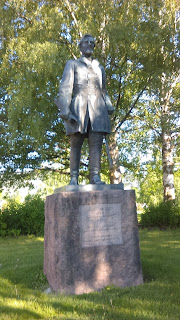 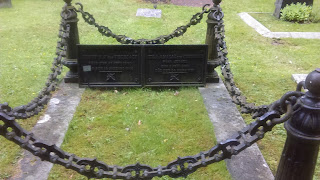 The next monment is the grave of Brigadier General Ernst Matthias Peter von Vegesack (pronounced fe-zeck).  A descendant of a distinguished military family -- his grandfather had been a prominent Swedish general in the Napoleonic Wars, fighting mostly to keep Finland from the Russians -- he resigned his Swedish Army commission to head to the United States to serve in the war.  He was one of George McClellan's foreign aides. 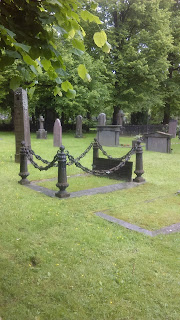 In that role, he served bravely in the Peninsula Campaign.  For his courage at the Battle of Gaines' Mill, he received the Medal of Honor in 1893.  Vegesack later commanded the German-speaking 20th New York at Antietam, Fredericksburg and Chancellorsville.  Afterwards, he resigned his United States commission and returned to his Swedish military career.  In 1866, he received an American promotion to Brigadier General.  He died in 1903.  He is buried in Norra Begravingsplaten (Northern Cemetery) in Solna, north of Stockholm.  Other famous internments include Alfred Nobel, director Victor Sjostrom, playwright August Strindberg and actress Ingrid Bergman. 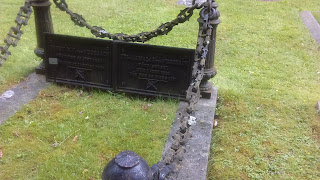